TESTING FOR ARSENIC IN WELLS

Arsenic is a naturally occurring contaminant in some groundwater in Massachusetts, most frequently in bedrock aquifers in the central part of the state and in the Merrimack River Valley. Drinking water from bedrock wells, also called drilled or artesian wells, and less frequently from shallow or dug wells, may contain arsenic.

Where does arsenic come from?

Arsenic (chemical symbol As) occurs naturally in soil and bedrock in many parts of the United States, including parts of Massachusetts. During the 1800s it was mined commercially in New Hampshire, but since 1985 arsenic used in the U.S. has been imported. Activities that could have left arsenic residuals include apple orchard spraying, coal ash disposal, and use of some pressure treated wood. Arsenic has no smell, taste, or color when dissolved in water, even in high concentrations, and therefore only laboratory analysis can determine the presence and concentration of arsenic in water.

Arsenic’s atomic number is 33, has the symbol As, and is also a semi metal. Arsenic is a byproduct of agricultural or industrial practices. It is also considered a Group 1 Carcinogen and this can have a direct impact on a persons health.

Where is Arsenic found?

About ninety percent of industrial arsenic is used in the preservation of wood. However, Arsenic can also be used either as an additive or binder in paints, dyes, metals, drugs, soaps, herbicides, pesticides, insecticides, and in growth stimulators.

Manufactures have been working on reducing human exposure. In the late 1800’s to early 1900’s Arsenic was used as one of the main components in human embalming. This has created pockets of arsenic in and around older cemeteries. Up till the 1990’s arsenic was still being used as a growth stimulant under agricultural purposes as well as being used to manufacture glass. As with any contaminant, landfills are always a hot spot.

DIAGNOSTICS AND TREATMENT OF ARSENIC POISONING

Medical diagnostic options can include measuring arsenic levels within the blood, urine, hair and fingernails. Urine testing is the most accurate for recent exposure. For treatment options it is best to consult your physician or a specialist.

The maximum contamination level of arsenic in groundwater according to the EPA is 0.10 PPM (parts per million). Northeast Water Wells Remediation recommendations are absorption media, ion exchange, coagulation/filtration, oxidation/ filtration and point of use Reverse Osmosis. Contact us to learn how we can help. 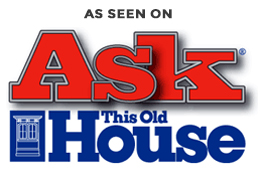